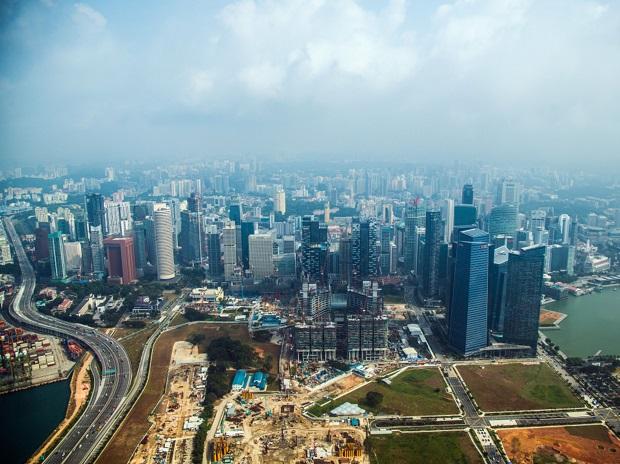 
Bain Capital LP has raised $2 billion for its second special situations fund, giving it the largest pool of capital focused on complex and structured credit and equity investments in Asia Pacific.

The second cash pool is double the size of its first fund and the amount raised exceeded the $1.5 billion target, the Boston-based asset manager said. It will also receive $650 million each from separately managed accounts and its India Resurgence Fund, and a one-third contribution from its $4 billion global fund, said Barnaby Lyons, global co-head of special situations, in an interview.

Bain has been accelerating its expansion in Asia since 2015, seeing “pockets of volatility” in which to invest due to the relative immaturity of Asian capital markets, the heavy presence of banks in the region and different stages of economic development, said Lyons.

“There is structurally less competition here than in any other market we operate in because Asia is tough,” he said. “We look for moments of complexity. When there is complexity, we see value.

Global banks reduced their special investment situations after the 2008 financial crisis as the Volcker Rule, part of the Dodd-Frank Act passed in 2010, restricted investments. Current major players in the region include SSG Capital, which focuses on India and Southeast Asia, and Hong Kong-based PAG, which raised $950m in its third Asia loan fund. in 2018. Goldman Sachs Group Inc. is stepping up its hybrid investments in Asia from its $14 billion strategic solutions funds that focus on credit and special situations globally, and KKR & Co. last month has raised its first Asia-dedicated credit fund to $1.1 billion.

“Among the special situation global peers, I think it’s true that no one invests as much as we do in Asia,” Lyons said. “Among the regional peers, there are only three large-scale.”

The company invests more than $1 billion a year in special situations in Asia, which is similar to the pace of its private equity team. It had its busiest year ever in 2021, completing 15 deals and bringing its total investment in the region to over $6 billion in more than 65 deals, he said.

The Special Situation Fund focuses on providing debt and equity solutions to entrepreneurs, asset owners and investment funds with limited access to traditional banks or those reluctant to dilute equity or losing control, while facing difficulties or needing capital to build platforms.

More than two-thirds of its first fund is either senior debt or structured junior equity, which may involve equity investment with credit protection. The rest is equity with a focus on downside protection and the company generally looks at sustainable assets with strong cash flows such as those in the real estate and aviation sectors, long-term leases or distressed equity, Lyons said.

Notable past deals include the takeover of collapsed airline Virgin Australia Holdings Ltd in 2020. In China, the team is betting on infrastructure assets that support technology growth and consumer trend, such as data centers, logistics and life science parks, all are capital-intensive investments, leaving a capital gap that cannot be filled by traditional debt and equity providers, a- he declared.

The firm refrained from offering structured credit in India half a decade ago because the country was awash with liquidity from non-bank financial firms. While a parallel banking crisis followed by the pandemic led to a credit crunch, the team is now more focused on this space, having recently completed three structured credit real estate investments after several struggling deals since 2018. As the country recovering from Covid, the company last month formed a billion dollar real estate venture with Lodha to develop the digital infrastructure space.

Real estate supporting the new digitalized economy and financial services transactions driven by regulatory changes such as lending platforms are among the largest sectors in the first fund. Despite the emergence of more stressed residential real estate opportunities in China, Lyons said he was still “incredibly cautious.”

“We haven’t had any material exposure to residential real estate in China since we started our business here,” Lyons said. “It was deliberate because the system was based on leverage on leverage and there was significant political risk. We are not looking to hit the bottom perfectly and prefer to wait for clear signs of recovery. »

Business Standard has always endeavored to provide up-to-date information and commentary on developments that matter to you and that have wider political and economic implications for the country and the world. Your constant encouragement and feedback on how to improve our offering has only strengthened our resolve and commitment to these ideals. Even in these challenging times stemming from Covid-19, we remain committed to keeping you informed and updated with credible news, authoritative opinions and incisive commentary on relevant topical issues.
However, we have a request.

As we battle the economic impact of the pandemic, we need your support even more so that we can continue to bring you more great content. Our subscription model has received an encouraging response from many of you who have subscribed to our online content. More subscription to our online content can only help us achieve the goals of bringing you even better and more relevant content. We believe in free, fair and credible journalism. Your support through more subscriptions can help us practice the journalism we are committed to.

Community Bank of the Bay raises $119.4 million; The US Treasury invests in preferred stocks