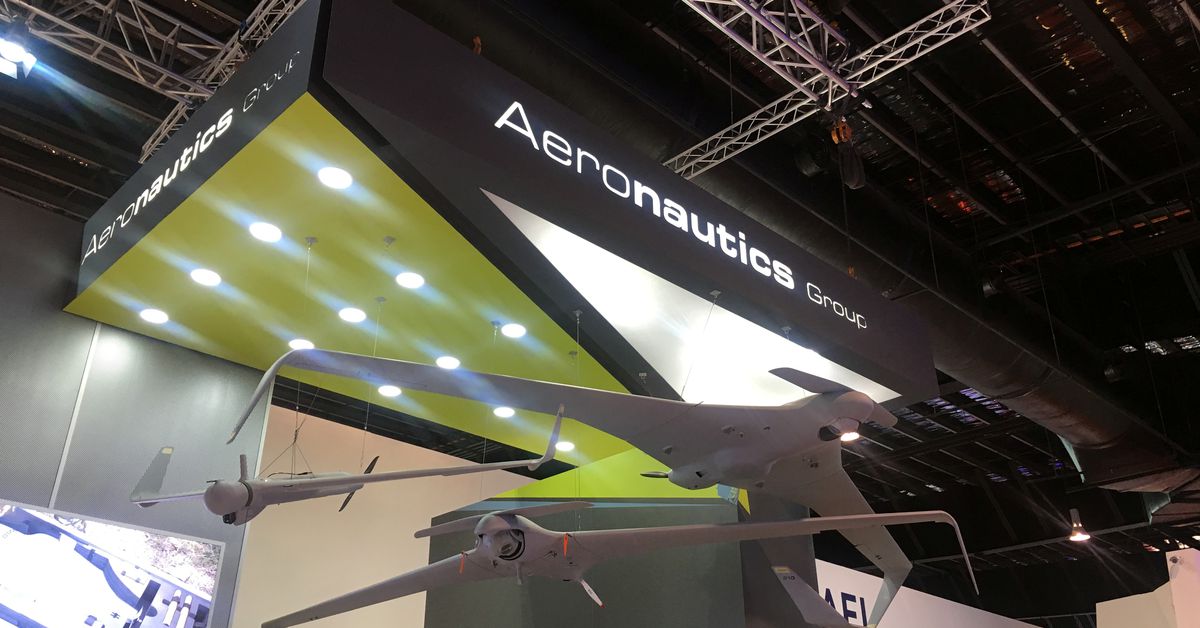 Despite success on the battlefield, small killer drones are slow to spread in Southeast Asia

A drone model is displayed at the stand of Israel Aerospace Industries at the Singapore Airshow in Singapore February 8, 2018. REUTERS/Brenda Goh

Feb 16 (Reuters) – Small, cheap and deadly drones captured the attention of military planners in 2020 when they were used to devastating effect in the conflict between Armenia and Azerbaijan, but political sensitivities could keep them out of Southeast Asia, a regional defense expert said.

Some armed models were among the drones on display at the Singapore Airshow this week, though none matched the precise characteristics of the so-called “loitering munitions” used in combat two years ago – flying quietly above until dive to destroy a target.

Still, many regional governments are interested in the capability, said Collin Koh, a researcher at Singapore’s Institute for Defense and Strategic Studies.

“Some have even argued that killer drones are a game-changer for future conflicts. All of these lessons are being learned in the region.”

However, he said, with relative stability prevailing, acquiring such an offensive capability could alarm its neighbors.

“Some countries might just see it as an extra expense…or consider acquiring such a system as a provocation,” he said.

Such a deal would typically be around $100 million for many drones, compared to around $90 million for a single F-35 fighter jet.

Lockheed Martin (LMT.N) is involved in the production of the MORFIUS drone, a small reusable autonomous aircraft designed to electronically disrupt or destroy enemy drone swarms.

The system is not intended for international sale, however, said Tim Cahill, Lockheed Martin’s senior vice president for global affairs.

“It’s going to come out…and go past an unmanned aerial vehicle that’s flying towards you and take it out,” he said.

In general, there is great interest in unmanned systems in Asia and Southeast Asia for different roles, he said, including patrolling oceans, borders and coasts.

Elbit Systems (ESLT.TA), an Israeli company, showed off a small, long-endurance drone that uses both an electric motor and a conventional fuel engine.

Boeing (BA.N) separately showcased its Loyal Wingman drone, intended to fly alongside and support a crewed fighter, which it is developing in Australia, and its MQ-25 unmanned tanker aircraft.

Although no major drone deals were announced at the show, as countries slowly recover from the economic difficulties caused by COVID-19, part of their military spending will surely go towards unmanned systems, said said Koh.

“Drones are an area to watch,” he said. “Armed drones and drones optimized for maritime surveillance.”

Goldman Sachs updates its objectives and paves the way for growth