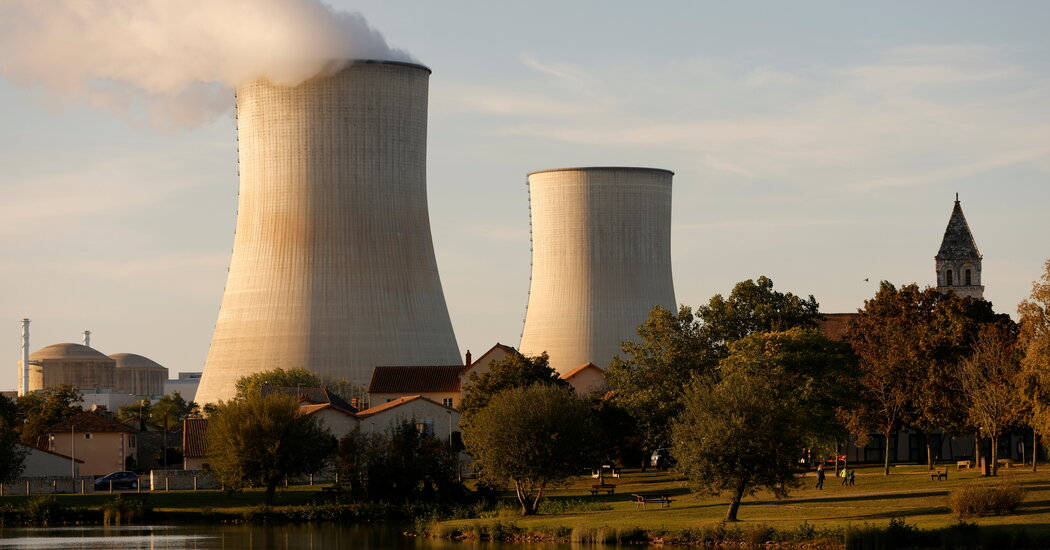 Croatia opposes a nuclear reactor project in Slovenia that would deposit nuclear waste near their border. Germany opposes a Polish reactor project which the German Green Party says would most likely contaminate Germany in the event of an accident.

It is also unclear whether small nuclear reactors can produce power quickly or cheaply enough to be of interest to countries, said Mark Hibbs, senior researcher and nuclear expert at the Carnegie Endowment for International Peace. Mr Hibbs, who is based in Germany, noted that 10 such reactors might be needed to do the same job as a large modern nuclear power plant.

Doug Parr, chief scientist for Greenpeace in Britain, said: “This does not solve societal problems; it solves the problems of the nuclear industry. He added: “They want to come up with a new concept that doesn’t have the bad image of big nuclear.”

Those pushing for a nuclear revival say such concerns are overblown.

In France, President Macron announced this month that he would restart the country’s atomic program to “live up to” France’s commitments to reduce carbon emissions. A recent government-commissioned report concluded that France likely could not achieve net zero emissions by 2050 with only renewables.

His government is expected to authorize the state-owned Electricité de France to build six new pressurized reactors and spend billions to help EDF produce small modular nuclear reactors by 2030. The work would be a lifeline for EDF, which s’ raises more than 40 billion euros ($ 45 billion) in debt after facing nuclear plant construction delays and cost overruns.

In Eastern Europe, the rush is already underway.

Poland, Romania and Ukraine, long dependent on coal-fired power plants, are among those signing contracts with US and European companies for small reactor technology. Poland alone plans to build large nuclear reactors and at least half a dozen small ones on coal sites to generate electricity and create jobs.

“The ability to bring in new power generation in a shorter time frame and with a lower total project cost is a key driver,” said John Kotek, vice president of policy development and public affairs at Nuclear Energy Institute, a Washington industry group. .