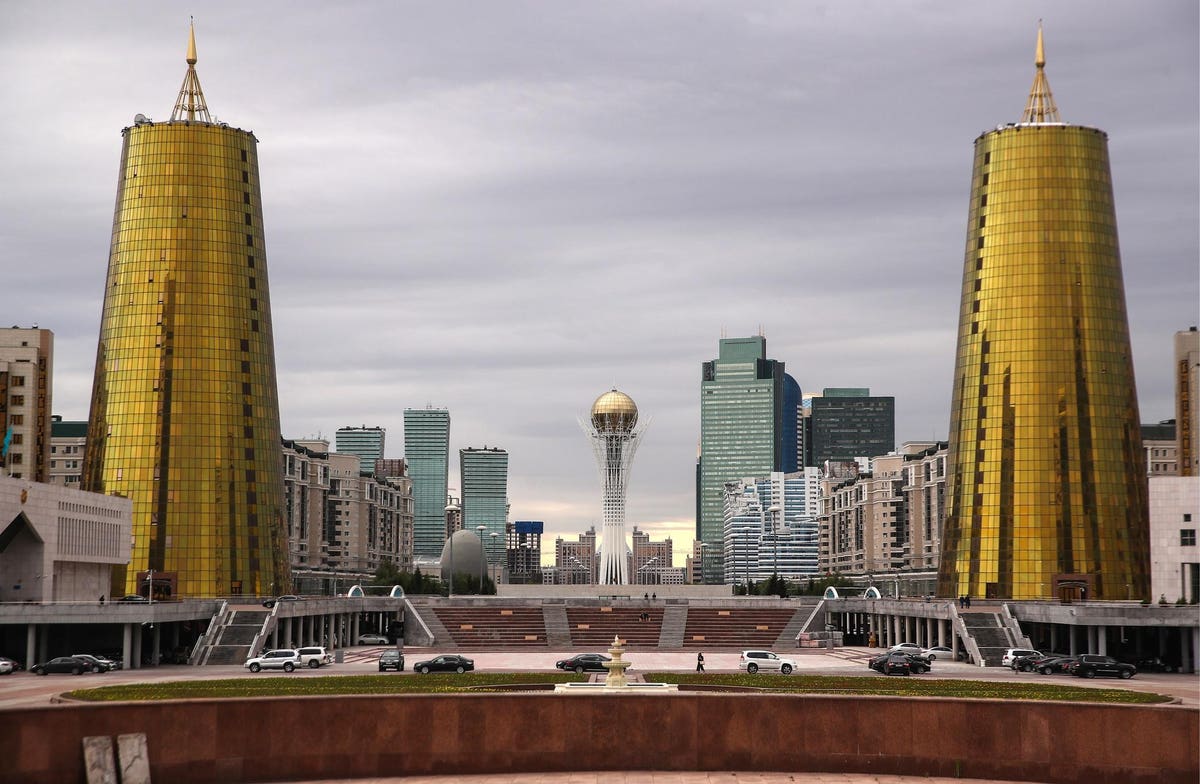 Everything beckons, from petroleum to rare earths

It is difficult to travel in Kazakhstan without thinking of Singapore. So different in every way, but at the same time the successful creations of the post-colonial rulers; singular men with a singular vision. In addition, it is difficult, if you are an investor, not to want to be part of the attractive future that is emerging in Central Asia.

Lee Kaun Yew, the former Prime Minister of Singapore, wrested a poor city from the British after WWII and turned it into a city-state economic powerhouse. Former Kazakh President Nursultan Nazarbayev took a landlocked country that had been badly used and abused by Soviet Russia and made it the most prosperous of the former Central Asian republics. Something gem, a tiger economy.

Nazarbayev came to power as one of the communist rulers of the country stretching across the Great Steppe. Today’s Kazakhstan is the creation of this man, as if he had sat down in front of a large empty canvas and painted his vision of what his country could be.

When the Soviet Union collapsed in 1991, Nazarbayev went from Soviet First Secretary to First President of the Republic of Kazakhstan. The country was in a terrible state. Soviet Russia had used it as a place to do what was unspeakable: throw people into Gulag prisons, carry out nuclear tests, and dump nuclear waste; and launch space probes.

The Soviet point of view was that if it’s dirty, dangerous, or inhumane, do it in Kazakhstan. A third of Kazakhs starved to death in the 1930s by Soviet Communists in a brutal agricultural collectivization, with nomads forced to abandon their herds and settle down. The Kazakh culture and language were suppressed, and the ethnic Russian population began to approach 50 percent of the population as a whole.

Today, ethnically Turkish Kazakhs make up 70 percent of the population, and their culture and language are dominant. Some Russians, Ukrainians and Germans have left but, more importantly, Kazakhs have returned from China, Russia and neighboring countries. The Kazakh diaspora has turned around.

Since its independence in 1991, Kazakhstan has made considerable progress. But the modern luster of its capital, Nur-Sultan (formerly Astana), masks the country’s need for growth, foreign investment and expertise.

Western companies, led by big American names, began to invest first in the oil and gas sector and eventually at all levels in many industries. They range from GE, which has interests in railways and alternative energy, to engineering giant Fluoride, to consumer goods companies such as PepsiCo and Procter & Gamble. Total foreign direct investment was $ 161 billion in 2020, of which $ 30 billion came from the United States.

Nazarbayev’s transformation of his mainland country – it is the largest landlocked nation and the ninth largest country in the world, spanning three time zones, but its population is only 19 million – a was made possible by oil and gas, and these continued to set the pace of economic activity.

There have been years of growth, over 10%, and years of stagnation; most of the time, the growth was around 4.5 percent. The Kazakh government is determined to get out of oil dependence and favors a diversified future, beyond the export of raw materials, with more manufacturing in Kazakhstan; greater added value.

World Bank ranks Kazakhstan 25the the easiest place to do business out of 150 countries listed. There is every reason to believe that the country is seeking to make itself more business friendly and alleviate the weaknesses in central planning that persist.

In March 2019, Nazarbayev retired and Kassym-Jomart Tokayev, an experienced diplomat in Singapore and China, became interim president, in accordance with the country’s constitution. It was confirmed by an election in June 2019 with 71% of the vote.

The transformation from a nomadic land into an exploited and abused Soviet satellite state into a modern, forward-looking country was spurred by waves of returning students from the United States and Europe.

They are graduates of the Bolashak program, initiated to train the new managerial elite of post-communist Kazakhstan. They constitute what amounts to a new class of Kazakhs. They brought with them a sense of comfort with the West and Western business practices; and they speak english.

Kazakh observers expect these young managers to open the door to investment even more. Behind it hide treasures in many sectors.

After oil and gas resources (Kazakhstan produces 1.5 million barrels of oil per day and an increasing amount of gas) comes uranium. Kazakhstan is the world’s largest producer of uranium and holds the second-largest proven reserves after Australia. It also has huge reserves of coal, which it uses to power its electricity sector. Other resources include bauxite, chromium, copper, iron, tungsten, lead, zinc.

There is an important wind resource on the Kazakh flat steppe, possibly the largest in the world. With a gas infrastructure in place, couldn’t a wind-driven hydrogen industry keep up? Here, too, there are rare earths, so needed in wind turbines and modern electronics.

The Kazakhs are trying to improve transport. To move goods out of a landlocked country and maintain price competition, excellent roads, railways, airports and pipelines are needed. The original Silk Road passed through Kazakhstan and seeks to once again become a major transportation hub in Central Asia. And its vast lands can supply large amounts of organic and cleanly grown food to the Chinese and Eurasian markets. Tyson Foods invests in the production of chicken and beef.

For Kazakhstan to prosper, skilled diplomacy is needed, and the Kazakhs pride themselves on their diplomatic ability. He has fussy neighbors. Kazakhstan is bounded on the north and northwest by Russia, on the east by China and on the south by Kyrgyzstan, Uzbekistan and Turkmenistan.

Armed with their neighborhood skills, the Kazakhs hope to join this small group of nations that offer their good offices in settling disputes, such as Ireland, Switzerland and Finland, a source at the university told me. .

A word on social stability: Sometimes there has been social unrest in the oil fields and there have been election protests. The country is predominantly Muslim – with a slight twist. Religious diversity is allowed and even encouraged. I interviewed the Roman Catholic Bishop, the Chief Rabbi and a Protestant pastor, all in their places of worship in Nur-Sultan.

the Astana International Financial Center (AIFC), the booming financial services hub, follows the Dubai model and has a fintech incubator, a green finance center and an Islamic finance center. In tandem with London, it participates in the IPOs of fintech and uranium companies.

However, in what appears to be an admission that the country’s legal system does not yet meet global standards, the AIFC uses English common law and has a retired Chief Justice from England and the Country. of Wales and a bench of English judges doing their business – settling disputes, hearing civil cases and presiding over arbitrations – in English.