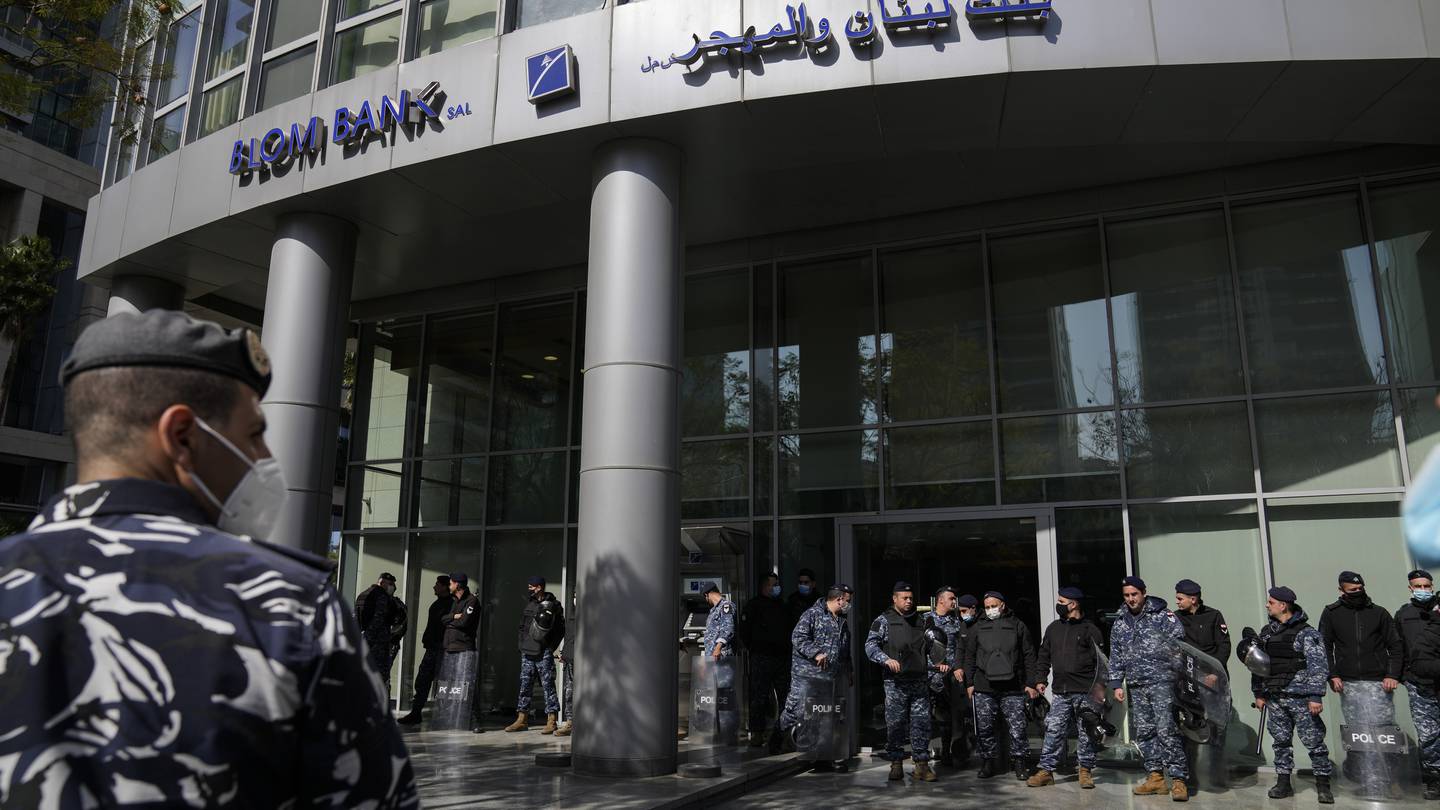 Lebanese banks reduce their operations to face the financial crisis

Once the crown jewel of the economy, Lebanese banks are closing branches and laying off employees en masse, resizing to the grim reality of a crisis for which they are largely blamed.

Before the onset in 2019 of a financial collapse considered one of the worst in the world since the 1850s by the World Bank, the small Mediterranean country had an oversized but thriving banking sector.

But more than two years into the crisis, the reputation of Lebanese lenders has been in tatters.

And yet the bankers are accused of skirting exactly those same capital controls – fueling the crisis by helping the political elite skim billions of dollars overseas.

Their trust destroyed, citizens now keep new revenues away from banks, which in turn are deprived of the money they could lend.

As a result, the industry has been forced to scale down operations.

In 2019, Lebanon ranked second in the region for bank branches per 100,000 people, according to the World Bank, and held a total of about $150 billion in deposits.

The entire banking system is now made up of zombie banks. They don’t operate like banks anymore – they don’t make loans anymore, they don’t take new deposits anymore

Deposits from Arab investors and Lebanese expatriates pushed the banking sector to peak at three times the value of national economic output.

But more than 160 branches have closed since the end of 2018, leaving a total of 919 branches operating across the country, the Association of Banks in Lebanon (ABL) said.

The number of employees fell by around 5,900, reducing the sector’s workforce to around 20,000 at the end of last year.

The association says the sector has been “forced to adjust to the shrinking economy” even as others blame banks for causing overall economic activity to fall by more than half since 2019.

The Lebanese pound, officially pegged at 1,507 to the greenback since 1997, has lost more than 90% of its value on the black market.

The decline has prompted banks to adopt multiple exchange rates for transactions even though the official rate remains unchanged.

Those holding dollar accounts have mostly had to withdraw money in Lebanese pounds and at a fraction of the black market rate.

The Lebanese government defaulted on its external debt in 2020, thwarting the country’s hopes of quickly obtaining new international credit or donor money to stem the crisis.

The ruling elite, plagued by internal divisions that have repeatedly left the country without a government, has yet to agree an economic recovery plan with international creditors.

I just want my savings back. All parties involved must assume their responsibilities

Disagreements between the government, central bank and commercial banks over the scale of financial sector losses have hampered talks with the International Monetary Fund that began nearly two years ago.

In December, Prime Minister Najib Mikati’s government pegged financial sector losses at around $69 billion, a crucial step towards advancing negotiations with the IMF.

But while the global lender said earlier this month that efforts to agree a bailout had made progress, it made clear that more work was needed, particularly in terms of “restructuring the financial sector”.

But meaningful progress on restructuring has been hampered by a political elite that owns large shares in some of the major banks, according to Mr Mardini.

For direct depositors, the details of any restructuring arrangement are a secondary concern.

“I just want my savings back,” said Hicham, a businessman who asked to use his first name only for privacy reasons. “All parties involved must assume their responsibilities.

How T. Rowe Price is poised to outperform the market | Business