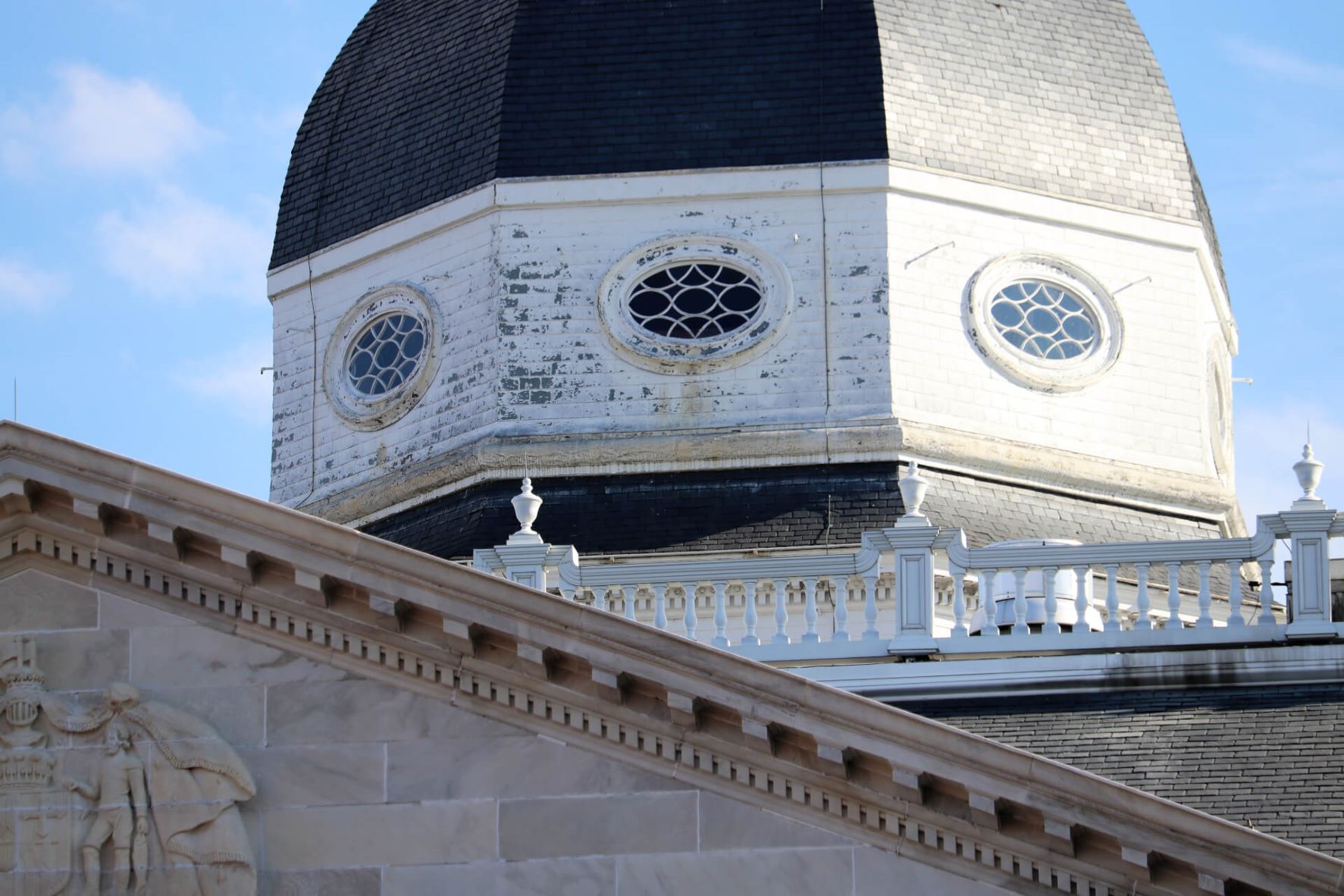 The historic dome of the State House of Maryland will soon have a facelift.

The Maryland Board of Public Works on Wednesday signed a $1.5 million contract to renovate the facade of the State House — the first step in a massive $34 million restoration project.

“As we move forward with this major restoration of the exterior and grounds of the State House, the people of Maryland can be reassured that this national treasure will continue to stand strong for generations to come,” Governor Lawrence said. J. Hogan Jr. (R) in a statement. Wednesday afternoon.

The Christman Company previously restored the former House of Delegates bedroom and the former Senate chamber of the State House.

The Maryland State House is the oldest state capitol building still in legislative use. The two-and-a-half-year contract will initially focus on the restoration of its dome.

“The State House Dome is a captivating part of this grand building dating back to 1772, making both the dome and the State House national treasures,” Hogan said.

In recent years, the dome’s white paint has been visibly chipped and stained.

The investigation was completed in early December. The Department of General Services and the Maryland Historical Trust are studying the results of the survey and will define the extent of the restoration work to be done.

“As stewards of the State House and state-owned buildings, we greatly appreciate our historic state capital,” Ellington E. Churchill, secretary of the Department of General Services, said Wednesday. “And as the premier agency for the construction of public buildings, we know the importance of providing a quality project to the citizens of Maryland.”

In addition to the dome, the Christman Company will maintain and restore the State House’s exterior stone and brick masonry, doors, windows and artistic embellishments, as well as the brick masonry of the State Circle retaining wall and its system. irrigation, ramps, walkways, balustrades and landscaping.

The contract also calls for the contractor to stabilize and possibly restore the former Maryland Treasury building for future use.

The Old Treasury Building was built between 1735 and 1736, making it the oldest public building in Maryland.

“This project not only helps preserve more than 270 years of history, but will continue to allow Marylanders and visitors to experience the history of the country and the great state of Maryland,” said Churchill.