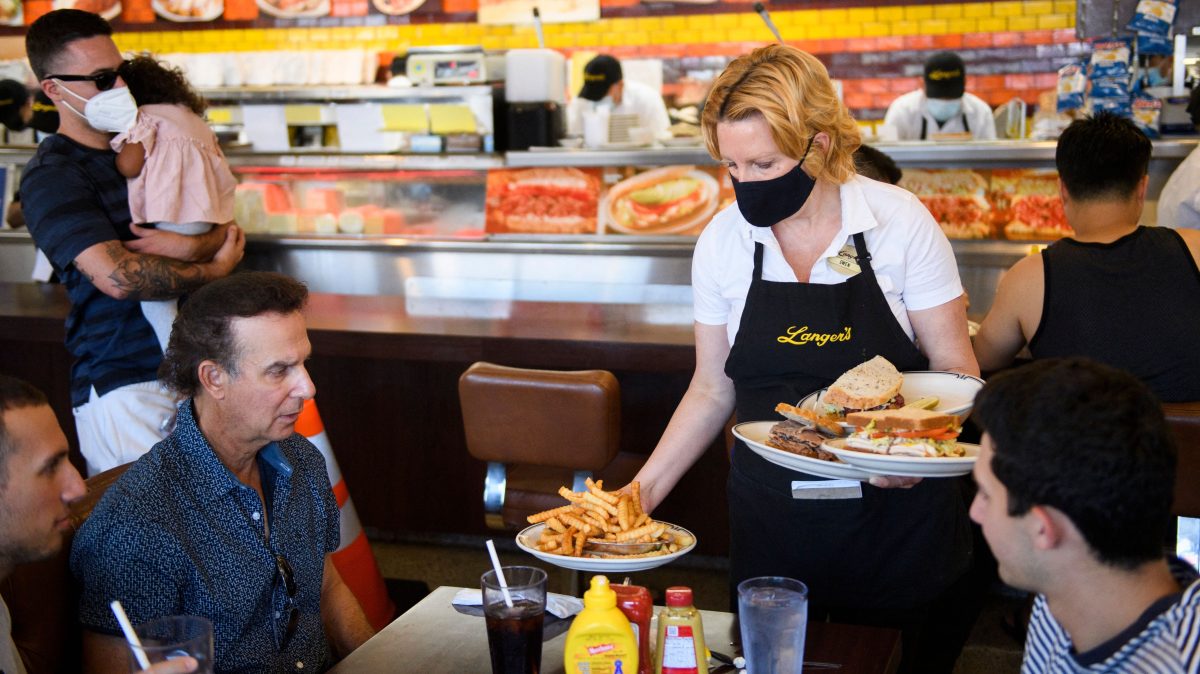 Spending on services in the United States increased by $93.8 billion in February, the Bureau of Economic Analysis reported Thursday. Businesses selling these services, such as restaurants and hairdressers, must decide how much to charge consumers, as they face their own rising costs.

The Crowbar & Grill in Laramie, Wyoming, sells a lot of pizza and burgers, two things that have become much more expensive to make.

“Beef prices are higher, cheese has basically doubled,” manager Emily Madden said. She said the restaurant has also raised wages to attract workers. To keep pace with this spending, “we’ve had to raise prices by about 20% over the past two years.”

The most recent price increase was this month; a basic burger with fries is now $14. Until now, Madden said clients have been taking it head on, but she said it’s a balancing act.

“You know, not making people pay to not show up, but also making sure we can continue to pay our people a decent wage and make sure our margins are where they should be,” she said.

It’s a good time for companies to adjust their prices, according to Shantanu Dutta, professor of marketing at the University of Southern California.

Customers know what companies are up against.

“It’s in the air that costs are rising, wages are rising, everything is scarce,” Dutta said. And there’s something more working in favor of the service sector, he said.

“People have been locked up at home all this time and you want to treat yourself. So I think that pent-up demand is showing up,” he said.

Such is the case with Betty’s Bath & Day Spa in Albuquerque, New Mexico, according to owner Lisa McCulloch. “It’s amazing, we’ve doubled what our clientele levels typically were before the pandemic,” she said.

McCulloch said the spa had just undergone an expensive renovation and prices for supplies had gone up. “You know, our massage oil, our lotion, our cleaning costs,” she said.

But with massages and spa treatments booked weeks in advance, she’s been able to keep prices steady.