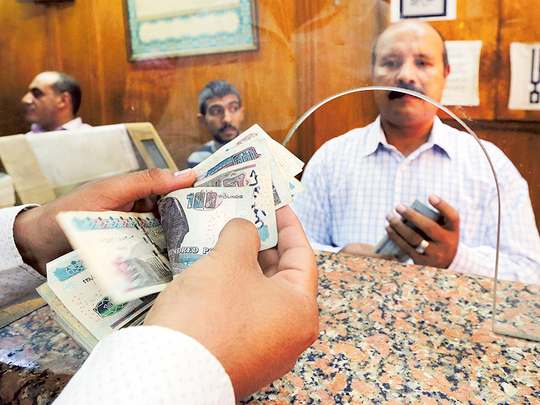 The latest financial results show that the profitability of these banks’ Egyptian operations in 2021 has improved significantly over the past few years, reflecting the overall improvement in operating conditions.

The rating agency projects real GDP growth of 5.5% for fiscal 2022, supporting credit growth of around 20%. Although non-performing loans are expected to increase moderately, as loan growth improves, the overall bad debt ratio (problem loans to total loans) is expected to remain subdued.

According to Moody’s, Egyptian banks’ funding and liquidity conditions will remain strong in the current year, although foreign currency funding could become costly as interest rates are expected to rise from this quarter. However, UAE banks with operations in Egypt are less likely to be affected by rising interest due to the strong funding base of their parent institutions and a good share of foreign currency deposits backed by foreign exchange. remittances from the Egyptian diaspora.

If the deal goes ahead, it would be FAB’s second major deal in Egypt after taking over the Egyptian operations of Lebanese bank Audi last year. Earlier this year, Dubai Islamic Bank revealed Egypt was on its radar for further international expansion.

With more and more GCC banks facing saturation in their domestic markets, Egypt, with a large economy of 100 million people, is a sure regional opportunity to expand its asset base.

Although it is difficult to acquire a banking license in Egypt because the Egyptian central bank does not issue new ones, the only way to enter the market is to take over an already registered bank. The financial turmoil in Lebanon has forced many Lebanese banks to sell their Egyptian subsidiaries, opening up acquisition opportunities for cash-rich GCC banks. The last to sell were Blom Bank and Bank Audi.

In January last year, Bahrain-based Bank ABC acquired Blom’s 41 Egyptian branches for $480 million. In April, FAB received regulatory approval to acquire the network from Bank Audi for an undisclosed amount. The ongoing merger is expected to be completed in 2022. The UAE’s largest bank, which already has 17 branches in Egypt, will significantly increase its presence in the country and become one of the largest foreign lenders by assets.

Emirates NBD acquired BNP Paribas Egypt in 2013 and has a strong presence in the country. Bahrain’s Ahli United Bank increased its stake in Ahli United Egypt to 95.7% in October 2020.

How viable is New Zealand’s economy in the long term?